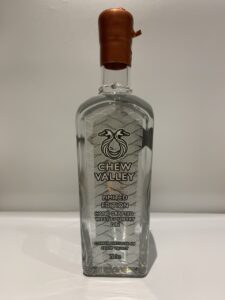 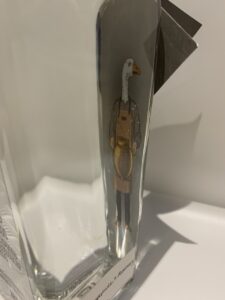 Peeling off the wax sealed tab is very satisfying and the cork pops out very easily. On the nose straight from the bottle, I’m not able to pick up too much citrus. Instead the savoury rosemary comes out, along with warming spices. In the glass you can pick up a little bit of sharp citrus, which massively increases with a splash of water. To sip you get the acidity of the grapefruit, which merges slowly to a herbal note. The finish is long and slow, with a touch of menthol at the very end. 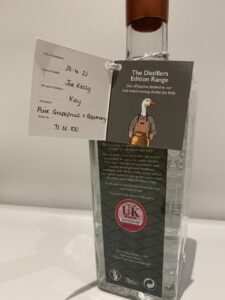 Mixed with equal amounts of Fever Tree tonic, the rosemary is the main flavour that comes through. For me, a little bit more tonic helps to bring the citrus out and make it a bit less intensely herbal. I think this would be an interesting gin to use in a martini – either amplifying the savoury side with an olive and sprig of rosemary, or adding a twist to dial up the citrus. Herbal gins aren’t usually my thing (I ordered this on the basis of citrus AND rosemary), but as I keep sipping I’m warming to the flavours. It’s the kind of gin that I think would pair well with food – which is interesting as I’m not a gin-with-dinner kinda gal. 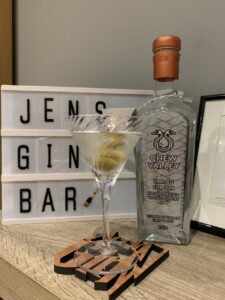 Because it’s me, I’ve mixed up a martini using 60ml gin with 10ml Dolin vermouth, and garnished with some olives. It’s very easy to drink, the olives work well with the herbs and adds a touch of salt. I haven’t added any brine to make it dirty, but think leaning into the Mediterranean flavours would work really well. For me, it makes more sense in a martini than as a G&T, but I think if you used Mediterranean tonic it would help. Basically, even though rosemary is in the name, I wasn’t expecting it and got confused. Moral of the story: pay more attention to what you’re about to put in your mouth.

Have you tried any of the Chew Valley gins? Let me know your thoughts on Twitter and Instagram.