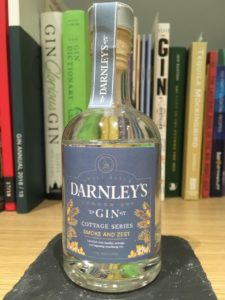 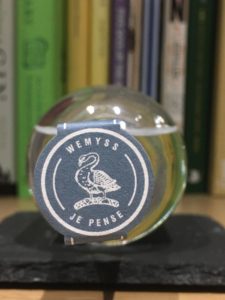 Opening my bottle and that smell of a smouldering log fire and old BBQ hits you straight away. In the glass, it is less intense and you get these riper, juicy citrus smells wafting up as well – an aroma that doesn’t change with a splash of water. Neat it is reminiscent of a whisky with that heady, peaty notes that tingle your tongue and leave your mouth feeling like you’ve spent the night at a bonfire. This doesn’t feel like a summer gin, but perfectly timed for the longer autumn nights. I wasn’t convinced by this at the first sip, however as it settles in it is growing on me even though the smoky aspect isn’t my favourite thing. 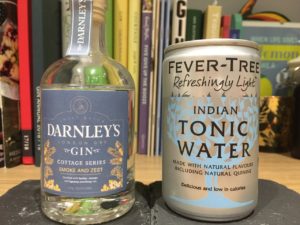 Mixed with a touch of Fever Tree light and the bitterness from the tonic enhances the smokey notes – it definitely reminds me of a black tea. To be honest, I can’t really pick up the juniper through the smoke. The gin comes slightly more into balance with a bit more tonic (now at 25ml gin and 50ml tonic) and this allows the citrus to cut through. The citrus notes are really bright and work well to lift the gin out of the smokehouse and make it much more drinkable. 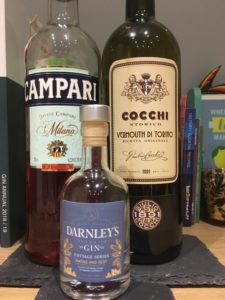 I’m not fully in love with it as a gin and tonic, so mix up a negroni using equal parts gin, Campari and Cocchi Vermouth Di Torino. DAMN that’s a good negroni. The smoke works so well with the bitterness to give it a deep, rich flavour but a hint of fruit from the vermouth and the touch of zest works as a perfect pairing. I personally think this works better in a negroni than a g&t, and in a g&t better than neat.

They have produced just 2,400 50cl bottles of this 42.5% gin, and you can get a bottle from their website for £29.95 (sounds like a bargain, works out as £41.93 if it was the same price but 70cl) at time of writing. As a new fan of a negroni, I think this is a good way to jazz up your cocktail game whilst remaining in familiar territory. You can find Darnley’s on Facebook, Twitter and Instagram.

Have you tried any of the Darnley’s range? Let me know your thoughts on Twitter and Instagram.