Note: Charlie from BBB Drinks sent me some sample of Inverroche gin, but as always I’ll let you know my honest opinion. This post contains affiliate links, marked by (Ad) which means if you click that to buy your bottle of gin I will receive some pennies.

Inverroche gin hails from Still Bay, in the Western Cape of South Africa. Founded by Lorna Scott six years ago, the name comes from “Inver” – Scottish for a confluence of water – and “Roche” – French for rock or stone. Here in Still Bay, they have a rare ecosystem called fynbos which is home to 9,500 species of plant and vegetation. Lorna, during her stint as mayor, made friends with a local botanist and his wife and their knowledge and love for the area led her to experimenting with distilling these local plants. They believe that their gin is a social creation, not just involving their family but also the local community. 70% of their employees are indigenous women, meaning 45 local families benefit from the business. I have three of their gins to try, so let’s get started.

END_OF_DOCUMENT_TOKEN_TO_BE_REPLACED 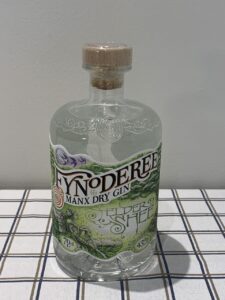 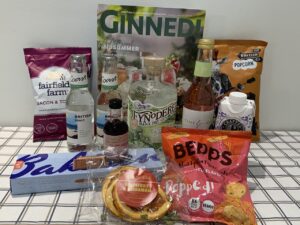 Founders Tiffany and Paul Kerruish live outside Glen Auldyn, which is where The Manx Wildlife Trust are reintroducing juniper plants to the island. Recognising the name, Tiffany rediscovered this tale and the shared surnames piqued their interest. They hope to one day use Manx grown juniper for their gin, and for this edition harvest local elderflowers – after first paying their respects to the fairies that live in their roots. They distil this alongside coriander seed, pink grapefruit peel, lemon peel, rosemary, orris root and thyme. Paul himself said that they knew they had the recipe nailed when they first smelt their distillate coming off the still. He describes it as a “conversation starter” so I’m intrigued to give it a taste. END_OF_DOCUMENT_TOKEN_TO_BE_REPLACED