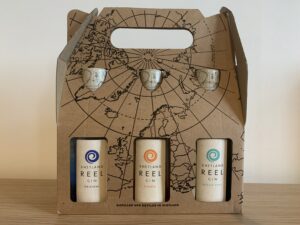 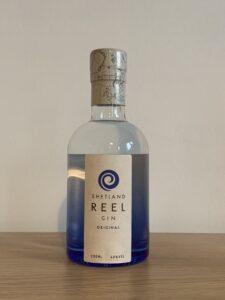 Original gin – 43% ABV
Their first gin was produced in 2014 and uses locally grown applemint which is grown on Unst. The applemint is distilled alongside juniper, cinnamon, coriander, and lemon and orange peels.

Neat you get whiffs of juniper and citrus, and on the tongue you get that warming spice covering your tongue with tinges of sweet citrus. The mint comes through at the very end to give it a cleansing after taste. Mixed with equal parts of Fever Tree light and the mint is more pronounced, but not in a toothpastey way. It’s not too sweet, just hints of sherbet at the edges of the tongue. The botanicals work well together, you get hints of everything but nothing is overpowering. 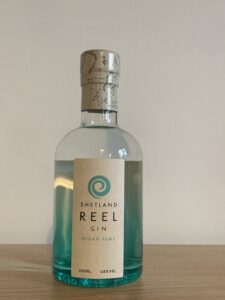 Ocean Sent gin – 49% ABV
The next gin in the set is Ocean Sent, influenced by the Northern Atlantic waters. They use sustainably foraged bladderwrack from the coastal shoreline and launched in 2015. Straight in the glass you can certainly pick up a whiff of seaside. On the tongue it is much more intense than the Original gin – it’s almost as if it is filled with peppercorns. On second sip, you get a hint more juniper, and a small squeeze of citrus.

Mixed with tonic and the ferocity of the flavours is tamed. You still gets a savoury taste but the citrus is more apparent. They recommend garnishing this with pink grapefruit which I think would work really well, it’s more tart than the Original gin – the salty/citrus combo is fantastic. Drinking this makes me instant crave a martini. 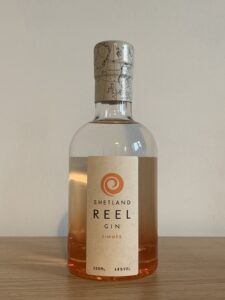 Simmer gin – 49% ABV
Launched in 2016 for World Gin day, the Simmer gin is inspired by the long summer nights, their twilight is known as Simmer Din (see what they did there?). This gin uses a number of similar botanicals to the Original gin, but swaps cinnamon for cumin, and applemint for liquorice, and uses sweet orange to reflect the amber sunsets. This is the one I’m most apprehensive about as we all know my aversion to orange. From the bottle I’m not picking up too much orange, so it’s a solid start. On the tongue it’s certainly more citrus led and pretty punchy, more on the sweet orange side rather than tart citrus.

With tonic the orange calms down, but is still the predominate flavour. They recommend adding a wedge of orange to amp up those bright citric notes, and a sprig of rosemary which I think would help balance it more for people with a dislike of orange aka me. 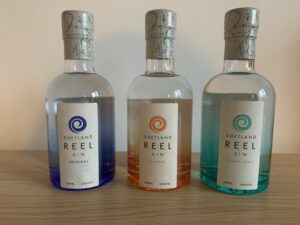