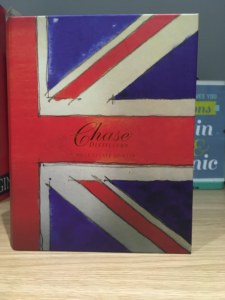 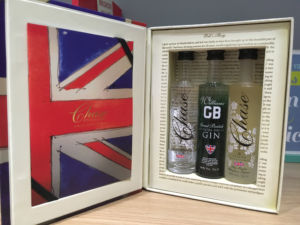 From the bottle there is plenty of juniper and you can definitely pick up the marzipan quality of the almond. In the glass, there’s a vanilla richness and a slightly nutty note, but juniper is undoubtedly the key player here. Diluting this down with a splash of water really brings forward the almonds and juniper, there is a depth to it that makes me think the ginger and cinnamon and cloves are working in the background to bring an earthy characteristic to it. On the tongue this is very easy to drink. Slightly too easy some might say. There’s warmth, there’s juniper, and there’s a smoothness. The heat of the ginger is on the front of the tongue, but only briefly and not too intense, it gives your mouth a tickle before fading away to a warmer sensation. There’s something mentholic about the mouthfeel, as if there’s been some fennel added to the process. 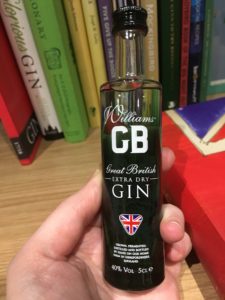 Mixing it with some Fever Tree light and it’s a lot brighter and zingier all of a sudden. The lemon makes a grand appearance that wakes you up and leaves a sharpness in place of the previous warm notes. The lemon is grounded still, but it is much more subtle than before. It keep the pine from the juniper, but the botanicals work well together to create a good balance and mix of flavours. Overall, a pretty solid gin I don’t think you can go wrong with.

You can get your hands on a 70cl bottle of the 40% gin on Master of Malt for £29.33 (at time of writing). They have the advantage of mass producing which helps to bring the price down, but this is certainly more than your average gin. You can find them on Facebook, Twitter and Instagram.

Have you tried any of the Chase range? Let me know your thoughts on Twitter and Instagram.