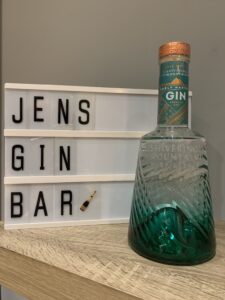 Happy March! The evenings are getting brighter and, for me at least, it’s Craft Gin Club delivery time! This month’s box contains a special edition of Shivering Mountain gin (for a full view of box contents, check out my reel here). Hailing from the Peak District, founder Nick Malaczynski set up his distillery near Mam Tor.

Officially named for “Mother Hill”, Mam Tor is also known as Shivering Mountain due to the soft limestone deposits that wash away and move during rainy periods, giving the mountain the illusion of moving and shivering. The landscape doesn’t just inspire their name. The beautiful bottle features the landmass itself in the base, along with the textured glass refracting the light, and the base being embossed with the co-ordinates of Mam Tor’s summit. 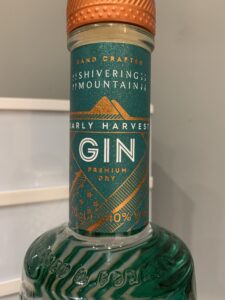 The botanicals of their launch gin are influenced by Nick’s memories of foraging in the area during his childhood, collecting sloe berries and bilberries. The original premium dry gin is influenced by the autumn harvest, but this month’s edition is the Early Harvest; aiming for lighter, more floral tones of the flowers and leaves of these plants. Combined with classic gin botanicals such as juniper, cardamom, coriander and angelica, Nick also adds in gorse, heather and a touch of Szechuan pepper.

Opening the bottle, you can smell the juniper and the fresh green wood. An undercurrent of warmth from the cardamom and a hint of spice wafts through. In the glass it is light on the nose, you can pick up some bright botanicals but nothing is overpowering. A touch of water helps to bring the recognisable tingling sensation of the pungent pepper forward. 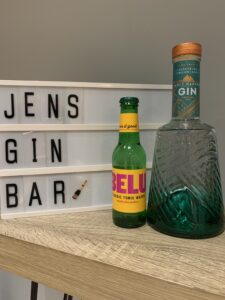 The intensity of the pepper doesn’t follow through to the taste, instead coming through on the slow finish that tickles your tongue for a long time after you finish your mouthful. As you take a sip, you get the floral notes filling your mouth and nose, before transitioning to a woodier finish as the spice kicks in. The botanicals all work well together, nothing stands out but you get a well rounded flavour. It’s definitely more reminiscent of springtime than autumn, that fresh, supple woody sense. 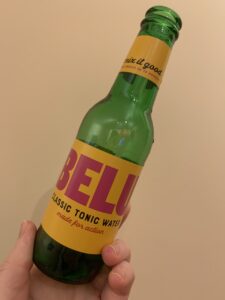 Paired with the recommended tonic (see note below) you get more of those fresh tones – the tonic itself isn’t too bitter or flavoured so it allows the botanicals to be the star. Overall, it tastes like a classic g&t and just at the end you get a kick of flavour. The tonic shortens the finish and dials back the spice to a drier feel that you expect from a gin and tonic. A touch more tonic (I was previously at a 1:1 ratio) helps smooth it out and is a pretty solid drink.

The Early Harvest gin is not currently available to buy outside of the March Craft Gin Club box, but you can get your hands on Shivering Mountain’s dry gin or pink gin from their website. You can follow Shivering Mountain gin on Facebook, Twitter and Instagram.

Have you tried any of the Shivering Mountain gins? Let me know your thoughts on Twitter and Instagram.

Note on tonic: This month the box included two bottles of Belu tonic, which I hadn’t come across before. Belu are a female-led social enterprise who donate their net profits to WaterAid. Since their launch they’ve been able to donate £5 million to help the 771 million people around the world that don’t have close access to clean drinking water. I’m not a huge fan of drinking tonic on its own, but this is pretty nice and you can feel good doing so!