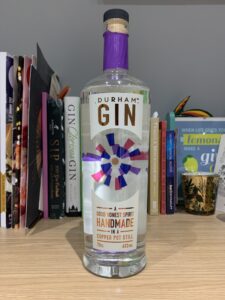 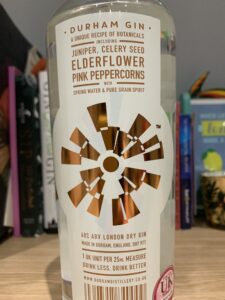 Sticking my nose straight in the bottle and the juniper is obvious straight away alongside a gentle floral note which I’m guessing is the elderflower. Giving it a chance to breathe in the glass you start to be able to pick out more flavours, getting slight peppery notes alongside that earthy juniper. Drizzling in some water and it’s incredibly gentle on the tongue. You get the dryness from the juniper with a tickle of peppercorns as it washes through your mouth, it’s not overwhelming. There’s a slight mentholic effect to it that makes it very refreshing, it’s dangerously easy to drink neat.

Mixing it into a G&T with equal amounts Fever Tree tonic and I’m happy to say none of the flavour is drowned out. It’s such a classic gin that showcases the juniper, whilst keeping you interested with the sweetness hitting the roof of the mouth and a kick of warm spices at the back of the throat. I think they have achieved their goal of creating a modern but classic gin.