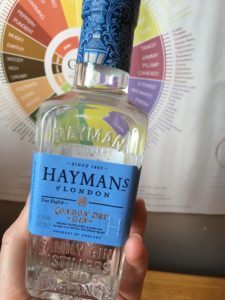 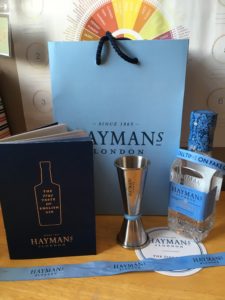 Tearing open the paper seal makes me a bit sad as it’s so pretty, but luckily I’m able to power through my emotions and pop open the cork. It smells delicious; heavy on the juniper and citrus. There’s a hint of spice behind it which gives it some depth, but it is subtle and well balanced. Once it’s poured into the glass, the smell becomes quite dense and heady, which after a hefty day at work and a rubbish commute is quite welcome at Casa Jenny. A splash of water allows the juniper to really come to the front and it is a delight to drink. The juniper is there giving you fresh pine on the tip of your tongue, warmth similar to allspice and cinnamon comes through before a touch of citrus to lift it at the end. Very smooth. 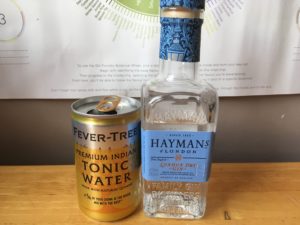 Very easy to drink. Mixed with some Fever Tree tonic and the bitterness from the tonic makes it a deeper drink, rooting it in the earthier notes rather than the zesty freshness. Adding a piece of lemon peel (well, three stumpy pieces as I suck as peeling lemons apparently) and it’s lifted out of the earth and into the refreshing summary drinks category. Basically, what I’m saying is, I can drink this all day.

A 70cl bottle of Hyman’s London Dry gin is available on their website for £26 (at the time of writing) which, frankly, is a great deal. You can find Hayman’s on Facebook, Twitter and Instagram.

Have you tried Hayman’s gin? Let me know your thoughts on Twitter and Instagram while I go pour myself another one.

I’d like to thank Miranda for her great hospitality at the most recent Gin Geeks meet up (and for the goody bag!) along with a thank you to Olivier and Emile at Gin Foundry for organising such brilliant afternoons which bring online friendships into the real world.

One thought on “Hayman’s Gin”