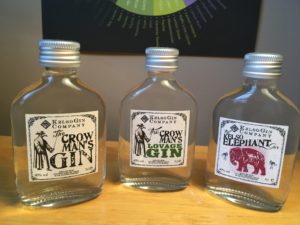 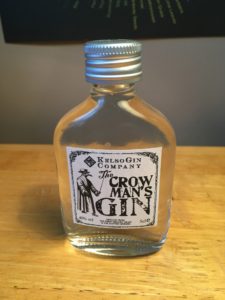 First up to the challenge – The Crow Man’s Gin. From the bottle it certainly has the recognisable and welcoming smell of juniper, which turns stronger in the glass. As I have 50ml of each gin, I’m going straight in. It’s quite thick on the tongue with an almost jammy quality – imagine a vanilla jam with a hint of cinnamon. Mixed with some Fevertree (I’ve given in and started buying cans as I found that when I poured the second serving from a bottle it’s never as nice. This also means I’m now using a ratio of 50ml gin to 150ml rather than my standard 100ml), it tastes like a classic gin. Nice and dry, it could be fresher but this could simply be because it’s a warm day and I don’t keep my gin and/or tonic in the fridge and I’m too lazy to go and find some ice cubes (sorry not sorry). There’s a nice herbal nose to it that’s not too savoury – not quite the coriander freshness of Blackwater No. 5 for example, but also not a heavier Persie gin. 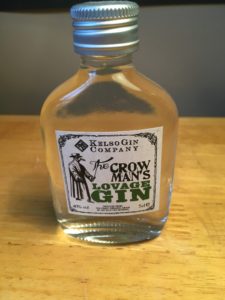 Gin number two on my list is the Lovage Gin. This instantly smells more savoury and in the glass, a gentle piney smell comes forward. It has a herby taste when it hits the tongue, and it’s very warming down the throat. Having today chilled my tonic because it’s officially summer now, this is a much better temperature than the last one! This is much herbier than the Crow Man’s Gin, but it’s not overwhelming. We all know I don’t like an OTT herby gin but this is tolerable. Is it the best thing I’ve ever tried? No. Is it nice on a hot day after my first run in six weeks? Yes. So far, the Crow Man’s Gin is winning of the two. 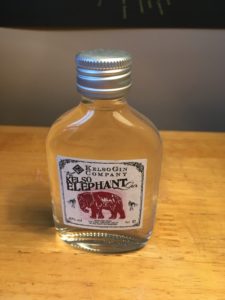 Following the success of the last two gins, it’s Elephant Gin’s turn. It smells very juniper heavy and quite warming, with the juniper becoming slightly less pronounced in the glass. I got too excited to try this and poured in my tonic before trying it neat, because it’s been THAT kind of week (yes, it is only Wednesday). So moving quickly on, this is big on the dry juniper and at the back of the throat is a gentle, warming, curried taste. You know that lovely taste from cinnamon and cumin mixed together? It’s like that. It reminds me of Opihr gin, although this is nicer. There’s a slightly savoury, herby nose to it at the very beginning as well that lightens the load. I’d say this is right in the middle. The more traditional Crow Man’s gin is the winner, followed by this then the Lovage Gin which is just too herbal for me.