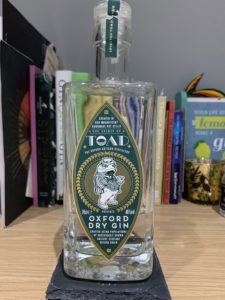 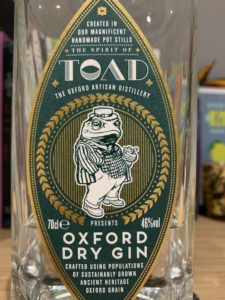 Popping out my glass stopper (I must say, I do enjoy a square bottle) and you get wafts of citrus and a hint of earthiness. In the glass it opens up and becomes quite heady with a big green leafiness but you can sense a bit of sweetness behind it. Adding a splash of water really brings out the vibrancy of it, and on the palate it is very herbal and fresh. There is something behind the grass that gives it a woodiness (that’s probably the nutmeg tbh). It’s interesting, I can’t pick up much of the juniper, but I don’t hate it. 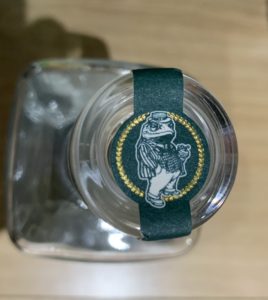 Mixed with Fever Tree light and it’s quite different. It’s very aromatic, with a really slow, lingering finish. On the tongue it’s initially quite bitter, turning into a rich warm spice, before a wave of menthol just fills up your mouth. It’s very complex. Still not picking up much juniper though. It’s not bad, but I would like a bigger whack of juniper. It’s a tad too grassy for me.

You can get a 70cl bottle of the 46% gin from their website here for £39.50 (at time of writing). Pesonally, despite loving the bottle and labelling and team, it’s not something I want all the time so I don’t think it is one for me. You can find them on Facebook, Twitter and Instagram.

Have you tried any of the TOAD range? Let me know your thoughts on Twitter and Instagram.