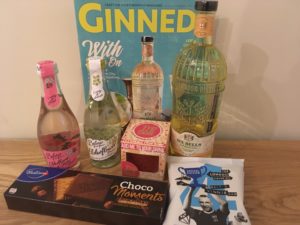 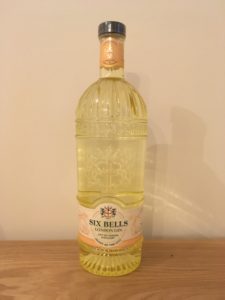 Opening my bottle (which FYI took forever as the pull off tab broke which led to me attacked it with my keys and ripping my tights) and the citrus is definitely noticeable, it is fairly sweet which I presume is because they use a lot of fresh fruit rather than dried. In the glass, the citrus fades away and even the juniper doesn’t come out that much. Adding a splash of water and the citrus only really comes through at the back of the throat. Thankfully, this isn’t as orange heavy as I feared it might be, but is actually pretty well balanced. Even at 41.3% this is really smooth and easy to drink, even on its own. Which is dangerous. 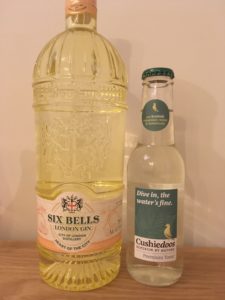 Today I am pairing my gin with some Cushiedoos tonic, because I ran out of Fever Tree and haven’t been the most organised during the move. In a 50/50 ratio, the citrus is definitely noticeable, especially with a sharpness at the back of the mouth. It’s not as sweet as it smelled, as the dryness of the juniper is obvious. Adding a touch more tonic though, and this is a winner. It’s really simple as flavours go, but this shows that you don’t need 40 botanicals to make something good. Sometimes, simple is better. And when in doubt, add grapefruit.

You can buy the other COLD gins from their website here (ranging from £28 – £32 at time of writing)…and I’m not really sure when this one will be available to the public, but I’ve tried some of their gins before and think that is pretty good value. You can find them on Facebook, Twitter and Instagram.