Note: Stuart from Biggar gin sent me a sample to try, but as always I’ll let you know what I think. 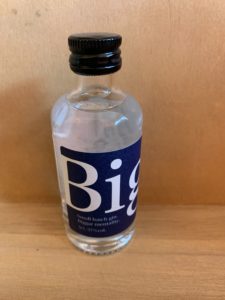 Back at the start of 2019 (do you remember that far back? You know, when we were allowed out and stuff), the team from Biggar gin sent me some of their gin to try and I LOVED it. I was just sad it wasn’t a BIGGAR bottle (see what I did there?). Sorry, I’ve been alone for eight weeks now, I’m finding bad jokes very amusing. Their new gin is bottled at 57% ABV (their original gin is 43% ABV)  and made in small batches (hence my little Biggar sample), making their navy strength gin the third in the brand’s line up.

Alongside their original gin they have a Clyde Valley plum gin which is a limited edition gin infused with South Lanarkshire plums (FYI this is bottled in batches of 400 per harvest). As they are based in what is basically the centre of Scotland and far away from any oceans, they felt strange calling this new gin “navy strength” (hence, Biggar strength), and they didn’t just want to cut their original gin at a higher ABV. Instead, they took three of their original botanicals (rowan berry, rosehip and nettle) and added locally grown hawthorn berries, which when dried are similar to cranberries with a hint of apple. They wanted to make a gin that was recognisably Biggar, but with a twist and that also worked in classic cocktails. 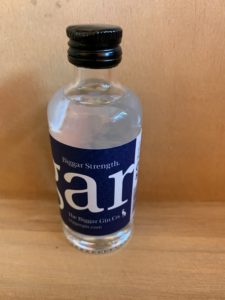 Opening my wee dram and you are hit with the intense juniper I’d associate with a navy strength gin, alongside something a little bit woody and earthy (which Google tells me is the rosehip). Once in the glass, you start to pick up a vanilla sweetness, and a splash of water brings the intensity of the botanicals out. On the tongue it is very bold. Like, blows your mouth off slightly. There’s a rich fruitiness to it, an almost jam like feeling alongside bright spiced notes. It’s not quite as sippable as their original gin, but this is probably due to the higher ABV. 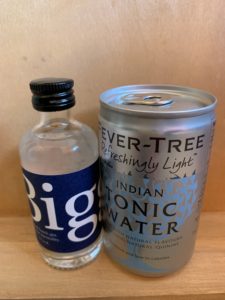 Mixed with equal amounts Fever Tree light and it really holds its own. It is deep and earthy with striking flavours. I don’t think I’ve come across a gin that packs this much of a punch every mouthful. Even with a bit more tonic added, it keeps all that flavour and intensity, so could be a good one for people that like longer drinks as you certainly aren’t going to lose any flavour with this. I have a feeling this would make a cracking negroni. But, tbh, I am yet to find a gin I don’t like in a negroni.