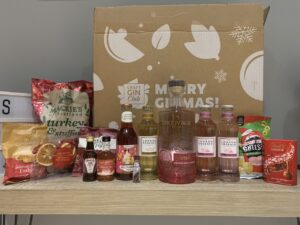 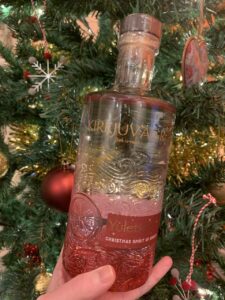 Opening my bottle and it smells surprisingly boozy – it’s 40% ABV but smells higher. Getting past the initial hit of alcohol you start to pick up those jammy berry notes alongside some warming spice. Diluting it with some water softens the edges, but to taste you get a blast of ginger on the top of your tongue. For a gin with such a hefty botanical list (25 to be precise), it’s not overwhelming to taste. The spice is the leading flavour for sure, but it’s not too heavy. The ginger helps keep it bright rather than being too headachey. The woodiness from the frankincense and myrrh helps tie it all together. 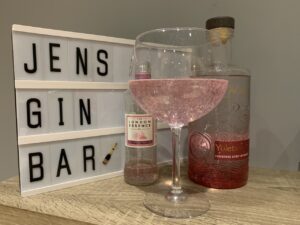 Their recommended serve is 50ml gin with 200ml of London Essence pomelo and pink pepper tonic, which tbh turns my drink a far more neon shade of pink than I would usually like. On its own the tonic is pretty sweet with a good level of tart citrus, although no discernible pepper. As a g&t, the low level of spice that you can taste under the tonic does help balance the sweetness. Personally, I’d use half the amount of tonic (I usually go 1:1 or 1:2 ratio) to allow more of the gin to shine through. The pomelo in the tonic pairs well with the citrus in the gin.

One thought on “Kirkjuvagr Yuletide Gin”